The odour of people 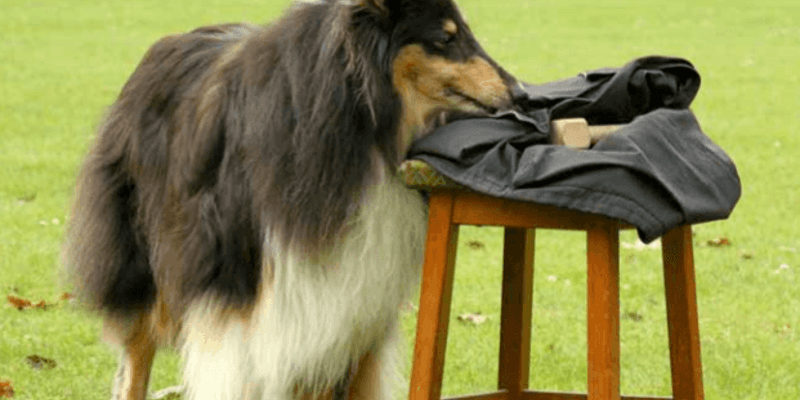 When people talk about “body odour”, they’re usually referring to the rather rancid bad odour caused by sweating profusely and not washing. This bad smell is a goldmine for companies producing deodorants, body lotions, absorbent socks, and for those selling detergents and perfumes – we spend a lot of money preventing or concealing our bad body odour!
On the bright side, people tend to pay attention to more subtle aspects of human odours too. We tend to recognize our own odour, or that of a sibling we have not seen awhile. Liking the way someone smells attracts us to them, and influences our choice in partner. And even without knowing it, we influence each other through our body odours. A good example is how we avoid sitting on a chair someone rather stressed just sat on while waiting for his dentist appointment, even though he had already left by the time we enter the waiting room!
When we train dogs to find people, we need to understand a little more about how people smell. Because we need to train them to understand exactly what we want from them: looking for living people, for crime scene evidence, for a particular person that has gone missing, or for dead people. We have to look beyond the bad body odour.

How a person smells
Basically, people have two sources of odorants: those coming from the inside as a result of being alive (genes, diet, our fitness and how we feel) and those coming from products that have been put on, either deliberately (cosmetic products) or accidentally (environmental contaminants, think of working in a bakery). It is clear that if we want to train dogs, we need to focus on the first: odorants linked directly to ourselves.
A living person emits odorants from digesting and getting rid of food and drink, from breathing, and from his skin. The first is not of particular interest when training dogs for police, military or rescue purposes, but the other two are. Odours from the lungs indicate if a person is alive and odours from the skin identify the person.

Odour from a live person
When alive, a person emits all sorts of components. Some components are the same for all people: we all breathe out carbon dioxide, we all emit ammonia and acetone. When people are trapped under debris from a collapsed building, for example, these components can be found in increasing amounts in the air coming up through vents in the rubble. Dogs may use some of this information when searching for victims. Besides these general components, a lot of other organic components arise from people – but they are not the same for all people, and they vary in proportion.
People leave scent traces behind on everything they touch, and every place they go. These scent traces come mostly from the skin – our largest organ. The skin of people consists of dead cells on the outside that are continuously peeling off. These “rafts” are shaped like small cornflakes. They float up around our bodies, moving upward with the heat of our body. Or they stick to whatever object we touch, sit on, lean against, walk over. These rafts contain components that our skin glands produce, and there are bacteria on them that consume them until there is nothing left. We are estimated to lose about 0,5 – 1 gram per day – not significant in terms of losing weight, but significant in leaving behind traces of where we’ve been.

Skin glands
There are three different kinds of glands in our skin that produce “stuff” – eccrine sweat glands that produce mostly water, to cool us off; apocrine sweat glands that produce an odourless cholesterol that bacteria break down into smelly steroids; and sebaceous glands that produce sebum that bacteria break down into triglycerides and numerous fatty acids. The eccrine sweat glands are located all over our body. The apocrine sweat glands are located mostly in our armpits and genital area and are linked to hair follicles – the steroids are biological signals that play a role in reproduction. The sebaceous glands are also linked to hair follicles but are found all over our body except on our hands and feet – these types of glands are also found in special scent glands animals use to mark their territory. All in all, this means that different parts of our body really smell differently, depending on the kind of glands there.
Small children always smell good – that is because the apocrine and sebaceous glands only become really active during puberty, leading to spotty faces and an increased need for hygiene. For a long period of time, our odour remains quite stable, and there are significant differences between the “scent pictures” of people. When people become really old, the scent changes again because the glands work less hard, leading to a dry, parched skin. And there are racial differences: some Asian people have virtually no apocrine glands in their armpits, whereas African people generally have more pronounced ones than European people do.

Scent cues
Scent from the skin contains cues of gender, age, hormonal state, diseases, immune system, and personal identity to name just a few. Scent from the lungs can also contain information on disease and diet. There is a lot of information in scent that a dog can be trained to cue on. But we have to teach the dog to pay attention to the right part of the information. And if we don’t do that right, the dog may pick up the wrong cue.
For example, during search and rescue work in a disaster area, the dog has to focus on finding live people. Locating clothing that contains human scent is not helpful if this means allocating resources to digging up clothes instead of victims who are still alive. But when such dogs are used to find a missing person, locating items they have left behind can be very useful in narrowing down the search area. Proper training for a specific task ensures the dogs know what to do.
Scent cues that are left behind on objects, or in a scent trail, change in time – volatile molecules disappear, big molecules are broken down by bacteria or under the influence of sunlight, changing the scent picture. How long does it take so all cues are gone? That depends very much on the surface the scent cues were left on, and environmental circumstances. There are no hard scientific answers here, but plenty of anecdotes. Be careful about such stories though!
Once a person dies, the odour changes again – the typical human scent disappears and is replaced by the odour of decomposition. This is a characteristic odour that dogs can also be taught to detect. It is different from decomposing animals, but it changes in time, so during training the dog has to learn to recognize the odour of different stages of decomposition to be effective.
Human scent is variable and changes in time, and dogs can be trained on many aspects of this scent. Dogs are interested in our odours. They will investigate known people differently from unknown people – focusing more on thorax and arms and sniffing more intensely of known people, and more on groin and thighs of unknown people. They check us out when we’ve been away, they investigate
the scabs left after scratching a mosquito bite. There is probably much that they learn about us by smelling us – much more than we can teach them to tell us.