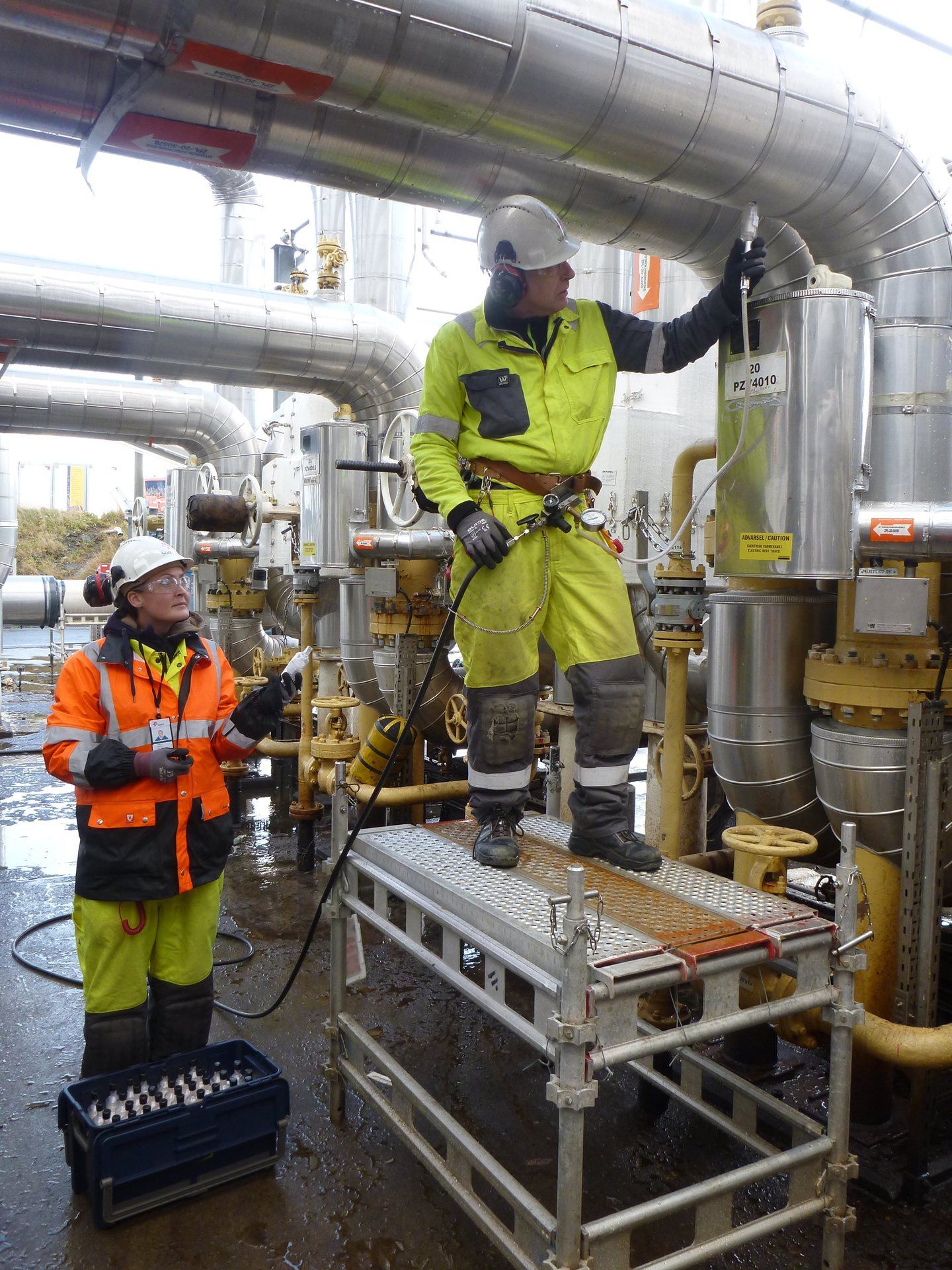 In a two year project (2010 – 2012) funded by Gassco and supported by Statoil, this problem was addressed using Remote Scent Tracing technology: a system where volatiles associated with corrosion are sampled and the sensitive nose of a trained dog is used to detect these volatiles on the samples.

The RST- technology consists of two main parts: the sampling part at the plant, which may be done by the plant owner or by FDTA, and the analysis part using trained dogs at FDTA.
After training, the dogs were presented with samples collected in the field using specially designed sampling equipment and filter cartridges. Dogs were able to discriminate between field samples collected near corroded pipes and samples collected from non-corroded locations equally well as they discriminated between training samples.

A system approach was chosen where the response of a number of dogs was combined. In this manner, areas that were analyzed could be divided into high, low or no suspicion of corrosion. The result of the project was that the system is now a proven technology and is ready to be integrated into plant maintenance systems.

The research has been presented at international conferences ( HOIS conference, International Working Dog Breeding Association 2013) and has been published in scientific journals (Materials Evaluation and Applied Animal Behaviour Science).

REST research project in 2009-2010. Official publication of results from the project: http://www.gichd.org/fileadmin/pdf/publications/REST-Nov2011.pdf